This section is designed to help you understand the possible causes of male sexual problems.
These may be caused by lack of sex drive (low libido), erectile dysfunction (impotence) or problems with ejaculation. These problems may coexist.
A low libido may be due to an imbalance of various hormones, especially testosterone, but is also commonly due to stress at work, financial, or within relationships at home. Sometimes men with poor erections also develop a reduced sex drive to try and avoid putting themselves into positions where their erections will fail. In men with poor erections and poor libido it is important to check blood levels of testosterone (see section on testosterone)
Reduced / loss of ejaculation occurs frequently in men after prostate surgery, but also occurs in men with diabetes or nerve damage. Premature ejaculation is more common among younger men and is usually due to oversensitivity of the penis, and can also be associated with over-anxiety about performance. There are sprays and tablets that can desensitise the nerves involved in ejaculation.
Erectile dysfunction is defined as having difficulty obtaining or maintaining an erection satisfactorily enough for sexual intercourse. This is a common condition and distressing for both partners concerned. It used to be thought that the majority of cases of impotence were due to psychological problems but we now know that this is untrue, and many common medical conditions are associated with it. These include diabetes, cardiac problems and/or hardening of the arteries, high blood pressure and its treatments, prostate problems, major pelvic or abdominal surgery, neurological problems, excess alcohol, high cholesterol levels, smoking and Peyronies disease (scarring in the penis).
These conditions cause damage to the blood vessels and nerves that supply the penis and lead to an inability to achieve a normal erection. An important added factor is that once the erections begin to fail anxiety and frustration about sexual performance tends to creep in. Anxiety results in release of adrenaline into the blood stream and this further reduces blood flow to the penis making the situation far worse than it actually need be. In some patients anxiety and stress are a very significant part of the problem and psychosexual counselling can be arranged. Private counselling via relate (www.relate.org.uk) or locally in Swindon by www.cpcounselling.co.uk may help. 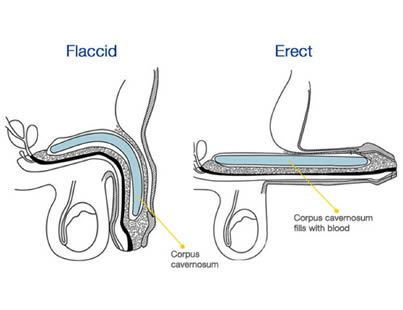 This section is designed to help you understand the possible causes of erectile problems.

Sexual problems in men may be caused by lack of sex drive (low libido), poor erections (impotence) or problems with ejaculation. These problems may coexist.

Treatments to help improve blood flow are described on this web site: 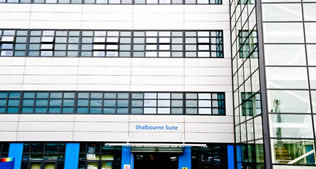